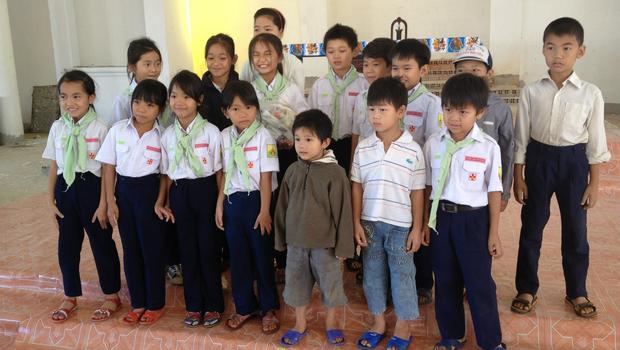 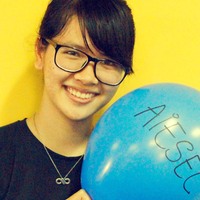 A project by AnhThu Le in Viet Nam

The children are underprivileged and street children (from 5 to 15 years old). They are vulnerable to being exploited and to social evils, and have little chance for the future. Teaching them English gives them a great head start in creating opportunities for the future. Beside regular classes, the trip and classes are an opportunity for the children to learn new skills in a different way, and to break out of their hard daily life and just have fun for a few days.

To achieve the mission of providing a better future for street children, our project runs a series of activities. We organize free English classes daily for underprivileged children by foreign volunteers from around the world. Besides, we have free classes about necessary competencies for children to develop normally. And we organize special events and interactive trips for the children, trips that they could not otherwise take. We use our existing network from the English school to get this done.

To let a group of under-privileged children from the streets and from poor rural areas enjoy holidays and an interactive trip to a protection center. The children will get a chance to develop competencies, play at acting, make lanterns, puzzles, play games and much more. All this is in the frame of an English course, allowing the children to learn English and thus get a better start in life.

Spring sunshine for you 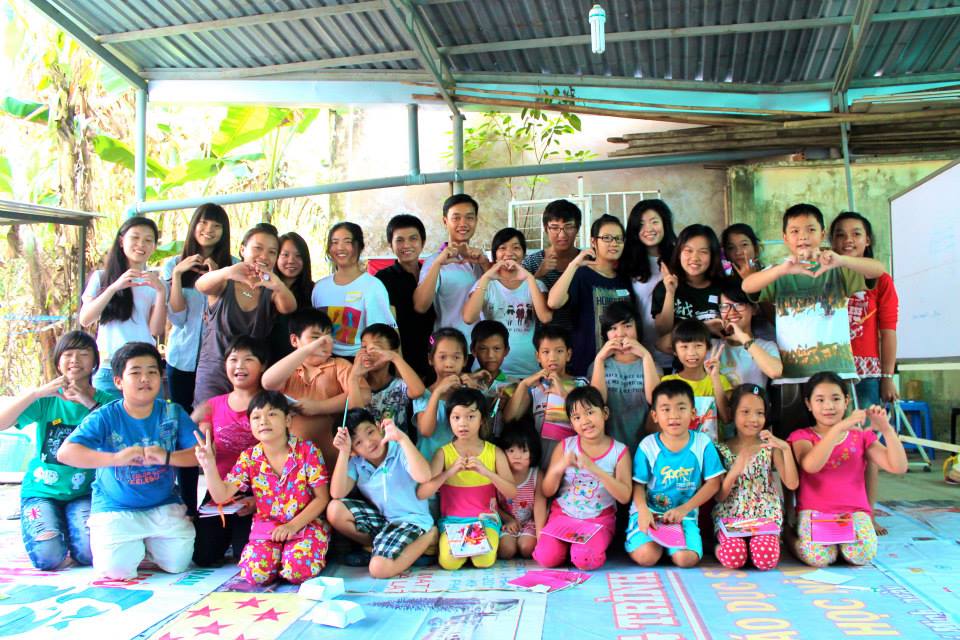 It’s the name of our interactive trip which took place on 3rd and 4th January. As planned, after a hectic week of preparation, we went on the last interactive trip of this phase of HFC project. To get to the venue was really exhausting. We had to catch one-hour bus from city center to the hostel where we would spend our night there and from the hostel, it took 15 more minutes on taxis to reach the shelter in a small alley. The shelter comprised of around 35 kids aged from 7 to 13 years old. They lived around the shelter (some are further) but all of them had little to no care from parents to their studying and living. The shelter was established in order to create protection to those kids, avoid them from wandering around after school, which was really dangerous in such a rural area. However, since the human resource in the shelter was limited and some obstacles from local authority, the shelter couldn’t provide much to the kids in terms of playground. 10 people from HFC team including 7 volunteers and 3 members came a long way to the shelter and started setting up at 4. About one hour later, the 2-days-1-night trip began officially. All of the sessions in our trip were prepared by the international volunteers, including: 3rd Jan: collective games, cooking, performances 4th Jan: morning exercises, Taekwondo lesson, English lesson, crafting lesson. We also had some gifts for the kids as well as did the sharing with them. Due to their living condition, the kids were really excited to play and study as well as interact with brothers and sisters – like what they called us. They appeared to be absolutely energetic and enthusiastic in every game, every lesson. Especially, when eating macaroni with pork and tomato sauce we cooked for them for dinner, the kids were excited with such a new dish. And until the end of dinner, there was hardly anything left in the pot, which was our pleasure! In sharing session, we hung 10 bags with names of our team members on the wall. If the kids wanted to say something to us, they would write on small pieces of paper and put on the bags of the person they wanted the sharing to be delivered to. In return, we wrote our wishes for the kids in the notebooks we gave them as gifts. After that, we stood on the stage and spoke things from our heart, which made the whole shelter become emotional. From the start, we were really surprised that the kids, although living far from the shelter, still tried to walk to the shelter and played til 9pm and in the next morning, came on time at 7am to continue. On farewell, the kids took us to the big road and waited for taxis with us. We shared hugs and wishes with them and some of us couldn’t help our tears to see the close connection among us even though it had been only 2 days and 1 night with them. Along with those things, that the international volunteers took part in organizing the whole event and had close interaction with the kids despite language barrier definitely made their internship much more meaningful. So, the wrap up of this January interactive trip also marked the wrap up of this phase of our project even though we still have 2 weeks of teaching left. But the feeling of seeing our project wrap up successfully can’t be compared to the feeling to see the kids’ smiles in every event and class we organize during the last 6 months. To conclude, here is some statistics that we’ve gathered up to now: *Number of kids involved in our activities: - Teaching: 200 at 3 different shelters. - 100 kids to receive gifts from Halloween fundraising event. - 40 kids to join the first interactive trip in November. - 70 kids to join the second interactive trip in December - 35 kids to join the third interactive trip in January. => Total for this phase : 445 kids 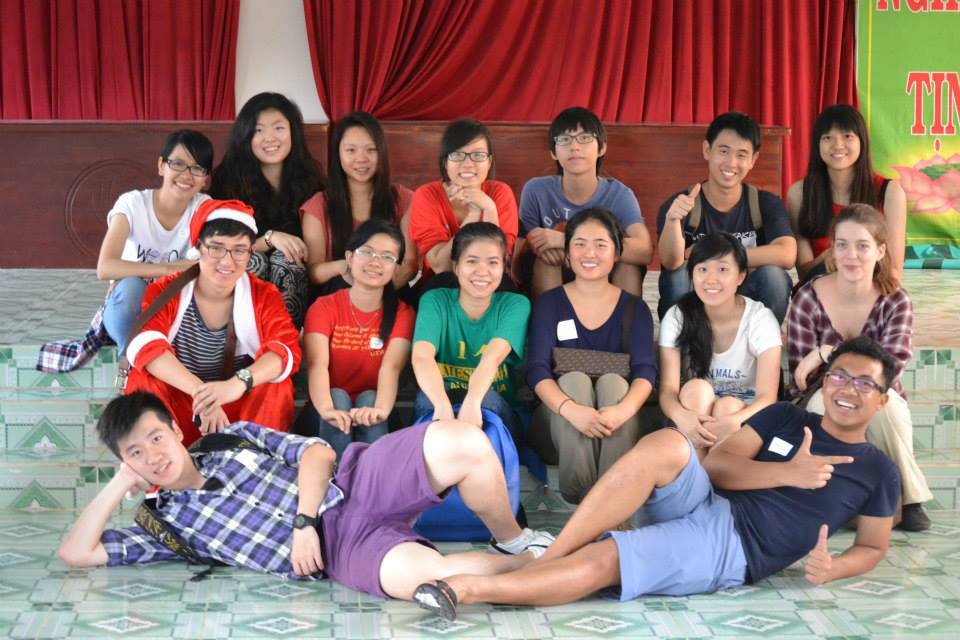 [For more photos please visit www.hopeforchildrenproject2013.wordpress.com] 21 Dec marked one of the most important event in Hope For Children project this term. It was Christmas event. We organized at a shelter in District 7, about 45 minutes by bus from the city center - quite far, I must admit so. We were all excited from previous day as I went to market to prepare all the necessary materials for gifts and games. We also practiced some of our dances and songs to make sure we made the kids there interested. When the time came... It was so huge surprise that we got the help from volunteers from other projects in our organization (HFC is a part of a student-driven organization named AIESEC and in our branch, we have some other projects running along but not with the target customer of underprivileged kids). We got to set up the stage, games booth, food and gift booth and soon it reached 2pm when the event started. We organized two sessions, the first one is games session in which we set up different booths and the kids had their own tickets to go to each booth and take part in the games. If they got passed 5 out of 8 booths, they received gifts from the volunteers. And finally, it was a great result that all the kids got gifts. The second part was when we had some performances. The volunteers performed a mix of Santa claus is coming to town and Jingle bell as well as a musical based on the story of Rudolph the red-nosed reindeer. And to wrap up, we danced to some AIESEC dance along with the favourite chicken dance. And one little cute moment was when a kid at the shelter asked all of us volunteers to write Xmas wishes for him. So cuteee!!!! The event was not very long but we spent more than 2 weeks planning and preparing for it. Seeing the kids happy with the activities made us feel our effort all worth! And at the beginning of January, we will go further for another interactive trip. Stay tuned for updates! By the way, thank you to Getitdone as the amount we received from you contributed a lot to the success of our Xmas event.

We decided to update about our project in a wordpress blog so that there can be more photos and videos to show. Follow us at hopeforchildrenproject2013.wordpress.com We still update here but just link to our wordpress site. Check out our posts! Thank you and Merry Christmas!

Thank you for funding

Well I've got the most exciting news so far that our project has been fully funded The goal of 420 euro seemed a bit too difficult to reach but anyway we nailed it. On behalf of all the members and interns of Hope for children, I would like to send the deepest thank and my greatest gratitude to all the people who donated for our project. We still keep updated about the upcoming activities of the project on this page. We will prove that your donations is worthy! Big hugs,

So here it goes the latest story of us. We organized an activity for the children at the shelter we teach every Friday. Had some physical games along with games that required their memorizing the lessons taught by us so far. Also, we did some nice posters to introduce the countries of the four interns :Indonesia, the Netherlands, Japan and New Zealand. This was also the last activity of the Japanese intern. She came back to Japan last week and after her, we had 4 more from Australia and Malaysia. And looking forward to Xmas event this month!

We are going to organize an extra activity for the children this month. The date has been finalized to be 23rd November and 3 days before that will be Vietnamese teachers' day! There will be a lot of fun in this November.

This is our students

The kids had mid-morning meal after our class. We teach nearly 200 kids in this shelter

Friday 18 Oct We were late for the class for about 15 minutes but luckily, the students were not worried about that. Instead they were really excited as this was the first class on our project conducted at this shelter. We had 3 classes within nearly 3 hours, teaching the kids how to greet and introduce themselves. Some of them were kinda shy but some others were really active!